Bring them back
from the brink.

A run to raise funds for the conservation of African Wild Dogs and awareness of how close they are to extinction.

In 1996, a group of schoolboys set off on a 1,000km run across Zimbabwe to raise funds for the conservation of African Wild Dogs – a species facing the very real threat of extinction.

The boys completed the run, generated significant interest in an animal not commonly known to be endangered and raised a staggering $47,000 to support conservation efforts. 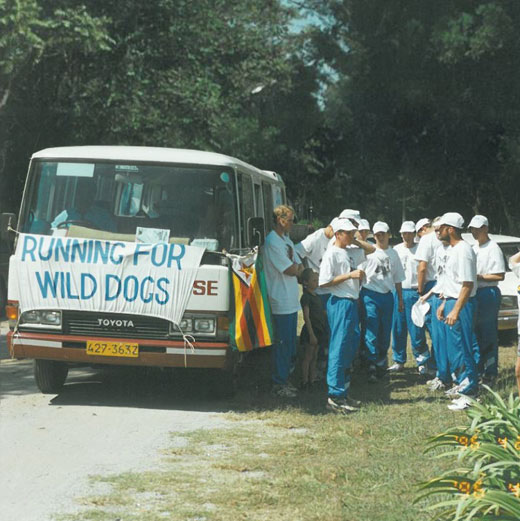 Those boys are now men. And in December 2016, they will reunite to celebrate the 20 year anniversary of the event by completing the run again. The intent will be the same – to do something meaningful to protect one of Africa’s most iconic animals. A forgotten species. A species that doesn’t generate the same attention as rhinos or elephants, yet is equally as important. 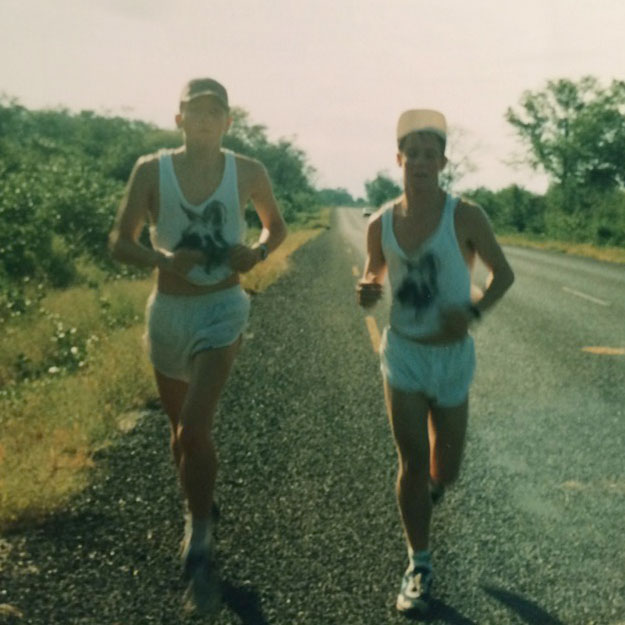 Engaging the next generation is a critical part of the project, so it won’t just be the original team doing the 2016 run. Twenty students from the Peterhouse Group of Schools will also take part – becoming a vital link from the past to the future as the responsibility of doing everything possible to avoid Wild Dogs being wiped out forever is shared.

African Wild Dogs remain in the wild.
In Zimbabwe, there are estimated to be less than 700.

African wild dogs are a unique and Endangered species.

Wild Dogs have a unique evolutionary lineage and are more closely related to wolves than to domestic dogs.

Human-wildlife conflict and poaching threaten wild dogs. Snaring is also a significant problem – both as a direct threat as well as by depleting their prey.

As human populations expand, leading to agriculture, settlements, and roads, African wild dogs are losing the spaces in which they were once able to roam freely.

Every African Wild Dog is Unique.

Every wild dog is individually identifiable with a unique coat pattern.

Running for Wild Dogs is all about raising awareness and vital funds for the conservation of African Wild Dogs. Our vision is to save this unique animal from extinction.

Providing direct protection for the Wild Dogs while also protecting their habitat and the species with which they coexist.

Engaging local communities in a host of ways to educate both the young and old about Wild Dogs. Activities include children’s bush camps, school libraries, tree planting, clean up campaigns and more.

Assistance with community support, such as conducting HIV/AIDS testing at local hospitals and providing clean and reliable water sources, is one of the most effective ways to foster goodwill towards Wild Dogs.

An army of dedicated workers, volunteers and educators set out daily across Zimbabwe to do everything they can to protect the Wild Dogs.

Any donation – no matter how small – will help to make a real difference.

This event can’t and won’t happen successfully without the support of sponsors. Running for Wild Dogs would like to thank all sponsors for their generous donations of time, money and logistical support.

If you’d like to sponsor or support Running for Wild Dogs in any way, we’d love to hear from you.

Join the crowd at
Chuffed.org

Please include the reference "[Your Name] RFWD2016" with your donation.